Get fresh music recommendations delivered to your inbox every Friday.
We've updated our Terms of Use. You can review the changes here.

I See Better With My Eyes Closed 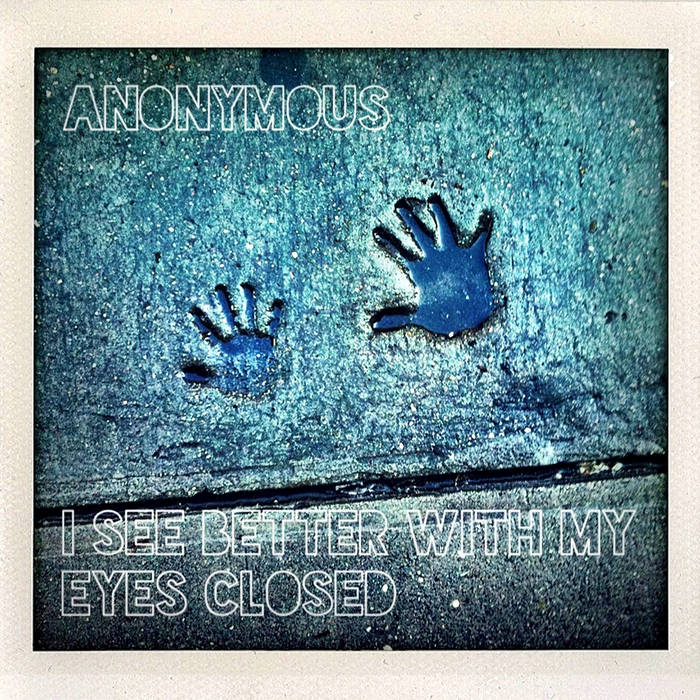 I See Better With My Eyes Closed is the first release on the new label Tmpf Records. The album marks a new beginning for bassist/composer/producer Mike Davis as well as a return to roots.

Since 2000 Mike has focused nearly all of his musical efforts on producing albums for and playing bass with pop/rock/folk artists in the NYC area. Though a rewarding challenge to be sure, productions of this kind are all consuming and the opposite in many ways to his current musical endeavors. While producing albums for Preston Clarke, Pete Sinjin, Vered, Fergus McCormick, Matt LaCapra and several other very talented artists, Mike exercised his patience, his objectivity and his critical thinking. Generally these albums began by sorting through raw songs, discussing possible approaches and calculating corresponding budgets, rehearsing, gigging, contracting musicians, basic tracking, overdubbing, string and horn arranging, editing, mixing, revising, re-editing, re-mixing, mastering… It’s quite a process, and it takes quite a while. Truly it is gratifying to step back at the end of such a long journey and hear a well-crafted album, but for Mike something in the way of immediacy was missing from this process. Additionally, he was itching once again to lead, compose, create…not just craft.

With I See Better, Mike booked the musicians and studio time before writing the material. This created a deadline. He wrote the music in time for the sessions, but not early enough to second guess himself. He then spent most of a week with the band rehearsing, performed once live 2 nights before going into the studio, then spent 2 days tracking. He mixed and edited a few days later, and that is that. This is the new beginning, the return to roots. This is the mission. Mike is dedicating himself to the creation of spontaneous music, to making decisions and commitments, to documenting both conceptual compositions and daring performances. The album features 7 original compositions and 3 ‘spontaneous group compositions’. On it Davis deftly combines lyrical and abstract elements to create a complex and layered album that gets better and more satisfying the more deeply you dig into it.

‘Dani Super’ as an opening track challenges the listener to take a breath and look inward. It builds with great patience and restraint, built from a conversational dual solo exchange between alto sax and electric guitar. Saxophonist Duncan and guitarist Miller work beautifully together, neither one rushing the other, but rather both taking the time to explore this hypnotic yet fluid rhythmic anchor laid to sea by Davis and drummer Bergeron. ‘Butterflies for No One’ has an infectious and somewhat spooky middle-eastern feeling between bass and drums for the first section of the song, but after introducing the sax and return to the melody, there is a unique section for the sax solo built on a repeating circular cycle of three 3-bar phrases. Duncan’s solo actually builds to a frenzy before the bottom drops out leaving us with a return to the moody bass drone like the one that begins the song. Following this, things head in a more “outside” direction with the band improvisation ‘The Unanswered Question’ and the epic and at times, kind of scary ‘Frozen’. More upbeat songs include the straight eight ‘Up the Hill or Around It’ and ‘Niclas’, both songs featuring solos from each band member. A highlight for the record, and a fan favorite, is ‘She Sleeps In Clouds’. Though bookended by a rather pop-ish vamp, the body of the song is an ever-floating waltz. Even the soloists seem to be uprooted and floating above the ground, waving time around like a scarf in the wind. Both Duncan and Miller play technically impressive and emotionally explosive solos on this piece.

Joining Mike are Louisville KY based saxophonist Jacob Duncan, Boston MA based guitarist Tim Miller and Austin TX based drummer Norm Bergeron. Jacob is a gifted composer and improviser, a Louisville treasure and leads the incredible Liberation Prophecy – www.liberationprophecy.com. Tim has performed with a wide variety of musicians including Paul Motian and Terri Lyne Carrington, and is an educator and solo artist – www.timmillermusic.com. Norm is also an educator and has performed all over the world with great heavy weight artists including Brave Combo and Randy and Michael Brecker.

“The four of them are very much in sync, and Davis’ sidemen obviously have a healthy understanding of what he is going for: a blend of the melodic and the abstract.” – Alex Henderson

All music composed by Mike Davis except "An Unanswered Question", "The Walls Have Ears", and "I See Better With My Eyes Closed" by Mike Davis, Jacob Duncan, Tim Miller and Norm Bergeron

“Mike Davis, like Chuck Norris, has no time or use for the shift key. He will shift your brain into a new dimension.” Ken Youens-Clark ... more

Bandcamp Daily  your guide to the world of Bandcamp

Semiratruth joins the show to discuss their latest release, "loading..".